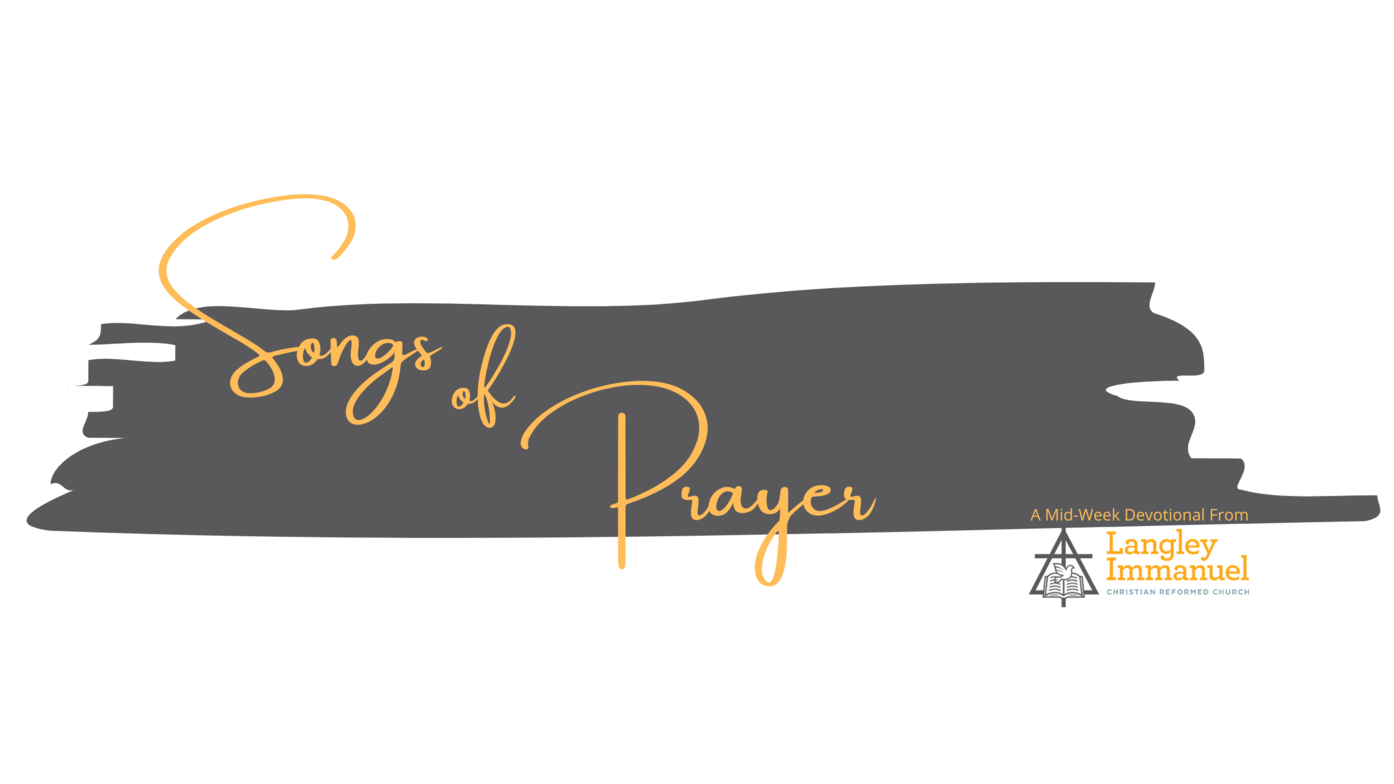 O God, the nations have invaded your inheritance; they have defiled your holy temple, they have reduced Jerusalem to rubble. They have left the dead bodies of your servants as food for the birds of the sky, the flesh of your own people for the animals of the wild. They have poured out blood like water all around Jerusalem, and there is no one to bury the dead.

We are objects of contempt to our neighbours, of scorn and derision to those around us.

How long, Lord? Will you be angry forever? How long will your jealousy burn like fire?

Pour out your wrath on the nations that do not acknowledge you, on the kingdoms that do not call on your name; for they have devoured Jacob and devastated his homeland.

Do not hold against us the sins of past generations; may your mercy come quickly to meet us, for we are in desperate need. Help us, God our Savior, for the glory of your name; deliver us and forgive our sins for your name’s sake.

As a teenager, I delivered pizzas for Little Caesars. One evening I was driving to a delivery along the side of Canal Rd in the Holland Marsh. Canal Rd has a reputation for accidents. In fact, today, that road has been changed and re routed in some corners with new guardrails put up because of how regularly cars would slip off the side and into the canal.

As I approached the left hand corner, putting me on the side of the road closest to the water, cars traveling in the opposite direction crossed the centre line of the road by a few inches, maybe a foot. So I was forced to move over as well, and my rear tires slipped off the pavement onto the soft sand of the side of the road. With the bank that rolled down into the canal, only a short foot or so away from my car, I began to skid. I was able to hold that skid through the corner coming around in a drift. As I made it through the corner and came out the other side, I slowly corrected to bring the car back onto the road (trying carefully not to oversteer); when my rear tires bounced back up onto the pavement, the rough edge of the pavement hitting the inside sidewall of my tire caused the tire to burst.

The sudden bursting of my tire caused the rear end of the car to spin 180 degrees around, and so I was now sliding backwards into oncoming traffic. I crossed over to the other side of the road and hit the soft sand on that side. This caused my car to slide even further towards an intersection where the front passenger side corner of my car hit a stop sign pole, snapping my car another 270 degrees around. My passenger tires dug into the soft sand of the bank that went down into a farmers field and my car slowly started to tip up. I remember very clearly that time seemed to slow down. I remember looking out the passenger window and seeing stocks of grass and weeds poke through my open window. I remember the sunroof being open and grass coming through as I rolled over, and the seat belt holding me tight into my seat. I remember the car smashing down once again on all four tires. With a loud crash, my front window shattered and the A-pillars of the frame crumpled 4-5 inches down towards my head.

Thankfully, I was uninjured, the car was totaled, and the pizza and wings got tossed about; but I was able to crawl out of the driver side window and climb up the embankment. I then called the police and a tow truck. I called my boss at Little Caesars and told him what happened. I called the customer to whom the pizza was supposed to be delivered and told her what happened. Turns out the delivery was to a family who went to my family church. They assured me that a late delivery was OK and that it was more important that I was safe.

When the police officer arrived he assured me that the worst was over and that I didn't have to be afraid. Because it was a single vehicle incident he could have charged me with reckless driving. And yet, whether it was because of grace or because he didn't want to do the paperwork, there were no charges laid. I explained to him the details of the accident, which he recorded in his report; and the tow truck driver gave me a ride home to get our other family vehicle so I could finish my shift delivering pizzas.

As I think back on that moment and this story, I am mindful of how I conveyed the events to that police officer. His quick walking of the scene, reconstructing it in his own imagination confirmed that I was not speeding. At least not drastically so. It was just an unfortunate accident on a dangerous road. But I am sure I was going 10 or 15 kilometers over the recommended speed limit. Especially in that corner where it posts down lower than the speed limit on the rest of the road. And I am sure that I made a point to emphasize that the four cars coming towards me at least encroached on the line or crossed over it, requiring me to move off the side of the road. What's more, I'm sure I told the story in such a way that perhaps exaggerated my ability and prowess in driving the car and being able to hang on in the corner without falling off the edge into the canal or without oversteering as I recorrected.

Point is, I told the story in such a way as to downplay my responsibility; to heighten the emphasis on the responsibility of those around me.

The psalmist is doing the same thing in Psalm 79. Here he is lamenting how the armies have come in and destroyed Jerusalem and her temple. The Babylonians have come and reduced Jerusalem to rubble; their armies have killed many; and the wrath of the kingdoms of the region have devastated the homeland of Jacob. This almost cries out about how the Lord is holding sins of past generations against them; and he begs for deliverance and forgiveness in the name of the Lord.

Yet the question remains: Why did the Babylonians come? What was the cause of the exile? Was it only the expansionistic ideals of the Babylonian Empire? Or was it the reality consequent to something the Israelites were already aware of? Surely the Psalmist remembers the 10 Commandments? Exodus 20:5 says, “You shall not bow down to idols or worship them, for I, the Lord your God, am a jealous God, punishing the children for the sins of the parents to the third and fourth generation of those who hate me, but showing love to a thousand generations of those who love me and keep my commandments.”

The psalmist should have seen the connection. In verse five he writes, “How long Lord? Will you be angry forever? How long will your jealousy burn like fire?” The psalmist could have remembered Isaiah 39:5f which says, “Hear the word of the Lord Almighty, ‘The time will surely come when everything in your palace, and all that your predecessors have stored up until this day, will be carried off to Babylon. Nothing will be left, says the Lord. And some of your own descendants, your own flesh and blood, who will be born to you, will be taken away, and they will become eunuchs in the palace of the King of Babylon.’” Or the words of Ezekiel 22:15, “I will disperse you among the nations and scatter you through the countries, and I will put an end to your uncleanness.”

As we look at our own stories, as we assess our own circumstances, there is always a temptation to miss the forest for the trees; to emphasize a different aspect, or someone else’s (ir)responsibility.

Even as we talk to God, we are not immune to downplaying our responsibility and the consequences of our own actions. Perhaps one of the deeply beautiful aspects of this song is that the psalmist is not corrected. He expresses his redacted version of history and, for this moment, he is allowed to operate out of this emotional reality.

And yet, as the Torah and prophets have made clear, it is God's jealousy that allows the destruction of Jerusalem by the Babylonian army. It is God's jealousy for his own glory and for the love of his people. And God, knowing what is best for his people, refused to allow them to continue on the track that they had set for themselves: the track of idolatry and worshipping the gods of other nations, of forgetting who had saved them and brought them out of the land of Egypt, out of the land of slavery. Their forgetfulness would lead to a worse kind of slavery than a period of exile to the Babylonians. But perhaps in their heart of hearts they would be unable to see that. Like a parent who is jealous for a child’s success and happiness, God is zealous to remove any sins that are barriers to these things. As Tim Keller notes, “If God had allowed Israel to go it's idol worshipping way, it's people would have been totally lost to him.”[1]

It was because of his jealous love that God brought about the exile and the destruction of Jerusalem; that the hearts of his people might be refocused on him rather than on the lesser glories and fickle affections they had chased after.

Even as we ask the Holy Spirit to reveal these things to our hearts, let us always remember that there is no condemnation for those who are in Jesus Christ (Rom. 8:1). He has fully paid for all our sins and has set us free from the tyranny of the devil (HC Q&A 1). This is the love of God revealed (1 Jn. 4:9-10). And let us remember that because we are lavishly loved children of God (1 Jn. 3:1) he will also discipline us if we go astray - he is a good Father afterall (Heb. 12:7-11).

Prayer
Lord Jesus, show me what I am blind to about myself; help me to see what you are revealing to me about how to best live in the world and to see my place within it. In all these new revelations, let me see and know you as a loving and perfect Father. In Jesus’ name, Amen!